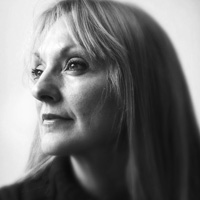 Canadian by birth, Anita Kunz has lived in London, New York and Toronto, contributing to magazines and working for design firms internationally. She has produced cover art for many magazines including Rolling Stone, The New Yorker, Sports Illustrated, Time Magazine, Newsweek Magazine, the Atlantic Monthly and The New York Times Magazine. She has also illustrated more than fifty book jacket covers. She has been honored with many prestigious awards and medals and her critically acclaimed paintings and sculptures have appeared in galleries world wide, including the Norman Rockwell Museum in Massachusetts and the Teatrio Cultural Association in Rome Italy. Her works are in the permanent collections at the Library of Congress, the Canadian Archives in Ottawa, the Musée Militaire de France in Paris, the Museum of Contemporary Art in Rome, and a number of her Time Magazine cover paintings are in the permanent collection at the National Portrait Gallery in Washington DC. Anita has been named one of the fifty most influential women in Canada by the National Post newspaper. She has recently received an honorary doctorate from the Ontario college of Art and Design in Toronto. She has been made an Officer of the Order of Canada, Canada’s highest civilian honour, and more recently the Queen’s Diamond Jubilee medal of Honour.

Shangning Wang is an awards winning graphic designer, an illustrator and a design jury, he is focusing on commercial art, typography, illustration, branding, poster design and visual design. He designs with passion, dream, and love. In 2015, his poster works were exhibited in many cities around the world, include in Dnepropetrovsk, La Paz, Seoul, Suzhou, Taipei, Sarasota, Bradenton, Phoenix, Trnava, Melbourne, and Lublin. In addition, he was invited as the jury in Muse Creative Awards. He just got the master degree in Visual Communication Design at Arizona State University (ASU). Besides, he obtained his BFA degree from China Central Academy of Fine Arts (CAFA). Studied Visual Communication Design back in China Central Academy of Fine Arts. He has combined graphic design and drawing in his many projects. It makes his work unique and distinct. Shangning pursued an education career in addition to his studio practice. 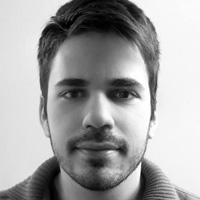 Francisco Valle is a Brazilian Art Director based in Belo Horizonte, graduate of both fine arts and advertising communications. Graduated in Advertising — Universidade Federal de Minas Gerais and Graduated in Fine Arts — Universidade Federal de Minas Gerais. Francisco Valle work ranges from abstract art to highly detailed paintings, from black and white to surreal, brightly coloured geometrics. A variety of techniques are used to achieve his award-winning results-he has won the acclaim of a number of prominent organisations including the Society of Illustrators of New York. Francisco has won numerous national and international awards such as the Cannes Lions, Lurzer’s ARCHIVE and other.

Graphic designer in SinaGraphic and official member of Theater House Poster Designers’ Association, has been engaged with professional poster designing during past few years. His artworks have been displayed in various festivals all around the world including Jamaica, Italy, Ukraine, China, Germany, Russia, South-Korea, Finland, Mexico, Bulgaria, Belgium, Peru, Unites States, Turkey, India, Denmark, Slovakia, Tajikistan, and Kazakhstan. He has many awards for his posters, including the second prize COW International design festival. He was the jury member at prestigious competitions such as the International poster competition / Posterfortomorrow / France – 2016 and 13th NAHAL Student Short Film Festival (poster competition section) / Tehran-2016.

Lev Kaplan was born in 1967 in Lugansk, a significant part of his life in Kiev, where he was educated architect, since 1992 lives in Stuttgart, Germany. He works as art director in an advertising agency, giving all his spare time illustrations of children’s books as well as painting and graphic. In 2014, he was selected in the top 10 illustrators COW International Design Festival.